The Philippines are an island nation that consists of a group of islands located in the Pacific Ocean. It takes about six hours by flight from India to Manila, the capital city of the Philippines. Owing to different reasons, the Philippines have started becoming a desirable destination for Indian students to study medicine. Conventional choices would have included American universities, British colleges or Chinese ones. But, people are now beginning to look at other alternatives like Russia, Ukraine, and the Philippines etc.

In India, the number of people competing for a minimal number of medical seats is very high. After the introduction of NEET, it has become a tedious task to prepare for the competitive exam along with board exams. In several states like Tamil Nadu, admissions to medical colleges were solely based on the board exam scores. But, the system has now changed. There have been mixed responses to the compulsory imposition of NEET. Medical education has proven to become a costly affair if private colleges are going to be considered. Getting into a government college that offers the same education at much lower fees may not be possible for every student. Therefore, if NEET scores aren’t good enough, a medical aspirant might not pursue MBBS. It is in these cases that colleges in countries like the Philippines may help.

In the Philippines, the MBBS equivalent is called the MD program. MD stands for Doctor of Medicine. This degree has a fair amount of theory related to the medical field, practical sessions and clinical exposure. World Health Organization recognises the medical degree obtained from the Philippines. There are also MCI approved medical colleges in the Philippines.

Quality education in medicine is something the Philippines is known for. There is a large number of practical sessions that the students are expected to be a part of. The teaching members are highly experienced, and they deliver quality lectures. This has made the country famous for medical courses. Also, the cost to study the course in the Philippines is much lower than in other countries like the United Kingdom or America. It would cost around 20 lakhs in the Philippines, often much lower than the fees that an Indian student would be paying in a private college in India.

The medium of instruction is English, making it easier for international students.

MBBS from the Philippines: Eligibility Criteria for Indian Students

The eligibility criterion for studying in the Philippines is quite simple. A student is required to have passed the higher secondary school examination (10+2) from any recognised education board in India. The student should not have an aggregate of less than 50%. He/she should have studied Physics, Chemistry, Biology compulsorily and should have scored above 50% in each of them. SC/ST student should have scored above 45%. The medium of instruction should have been English. All the certificates (mark sheets, school leaving letter etc.) to authenticate the student’s details must be provided. It is also necessary for the student to have qualified NEET-UG. The student should also undergo a medical examination, and a certificate about the same has to be produced. The student must hold a valid passport. It is also necessary for the student to be at least 17 years old.

Documents Required for MBBS in the Philippines

The essential documents for studying MBBS in the Philippines include:

The local embassy must attest all the documents.

Why is studying MBBS in the Philippines a Good Decision?

Few Challenges faced in MBBS in the Philippines

Owing to the growing popularity of MBBS courses in the Philippines, there are plenty of fraudulent agents making fake promises regarding admissions in Philippines universities. It is necessary for the students to be aware of the admission process. This information can be acquired by visiting the websites of the colleges or by writing to their admission offices.

The Philippines has also been a victim of frequent natural disasters like earthquakes and floods. Airports are often shut because of this. Students have to be prepared and aware of this.

Facilities provided to Indian Students in the Philippines

The primary option provided to Indian students in the Philippines is that if they have completed the three years Bachelor of Science courses in India, they can join the MBBS equivalent degree (MD) in the Philippines and complete the same in four years.

In many colleges, there are separate sections of classes for Indian students to help them settle down, at least during the beginning of their course. Indian food is also readily available in most of the cities in the Philippines. Separate hostels and accommodation services are provided.

Course Duration of MBBS in the Philippines

The course of MD (equivalent to MBBS) in the Philippines is six years. The first two years is called BS or prime medical course and is the primary or foundation course. This course is spread over four semesters and can be completed in 1.5 to 2 years. After the completion of this course, the student will have to appear for the NMAT Philippines test and qualify in this test to be eligible to start the MD course.

Failing this test will require the student to reappear and pass. The MD course is for four years.

If the student has already completed a three-year Bachelor of Science course in India, he/she is eligible to join the MD course directly in the Philippines and complete it in four years after joining.

MBBS Fee Structure for Studying in the Philippines

The tuition fees in the Philippines for MBBS ranges between 15 and 20 lakh rupees depending on the college. Highly ranked colleges charge higher fees for the course. The cost of living and stay may vary from city to city and student to student. On average, the costs including hostel fees, mess fees and other essential expenses may sum up to about 15000 rupees a month. Total cost may end up at anything between 25 and 35 lakh rupees. This is about half of the expenses that may be incurred if a student chooses to study in a private medical college in India.

Advantages of Studying MBBS in the Philippines

Disadvantages of Studying MBBS Course in the Philippines

The major disadvantage of studying medicine in the Philippines lies in the process of clearing the NMAT exam. A student doesn’t directly get involved in the medical course. Also, other cities except Manila are not very developed. The population of the Philippines may also make the country seem very crowded and chaotic for many students.

Job Opportunities in India after MBBS from the Philippines

Since the Medical Council of India recognises the courses in the Philippines, it is easy for students to come back to India and practice. They may also enrol for a doctoral course in prestigious Indian institutions after completing their MBBS degree.

Since the Philippines are an English speaking country, the students also have opportunities to work in labs and governmental organisations in India.

After weighing the advantages, disadvantages, personal choices and capabilities, a student should make an informed decision about studying in the Philippines. It is also essential to not get carried away by fraudulent agents and scamsters who often woo students with fake promises regarding education in the Philippines.

What is the total cost of studying MBBS in the Philippines?

Depending on the college and the city, the total cost may vary. It also depends on the student’s needs and practices. On average, it would cost around 30 lakh rupees.

Does Indian Student Require Passport & Visa to study in the Philippines?

Yes, a student is required to have a passport. Most students initially take a tourist visa and then convert it to a student visa. A student visa is issued only to students above 18 years of age. People below 18 are required to take a special study permit. Most colleges and universities help the students in procuring their visas.

What is the list of MCI Approved Medical Colleges in the Philippines?

Following is the list of MCI and CHED approved medical colleges in the Philippines: 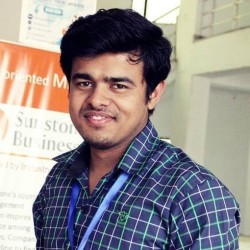